With the bodybuilding competitions coming up, it made me rethink about the interest of people with their desire to acquire muscular mass. In fact, people tend more and more to become functional with their bodies (look at the growing popularity of Crossfit right now). I found it interesting to remind people of the difference between functional gains and structural  gains (classical hypertrophy) that can be obtained with training.

A functional gain refers to improving the physical qualities that can be applied in a sport. It does not aim to increase the volume of our muscular mass, but rather to reach a better use of it (learning to use the structures that we already have). Functional adaptation is mainly related to an improvement in the central nervous system and the interaction between nerves and muscles.

This will lead to an intramuscular adaptation (the synchronization between the fibers of the same muscle to generate their strength simultaneously) and an intermuscular adaptation (the synchronization between the muscles involved in an action). This latest adaptation takes place both in terms of the synergy between the major  and secondary muscle groups (joint action, e.g. bench press (chest, shoulders, triceps)) and at the level of a muscle and its antagonist by the reciprocal inhibition  reflex (opposite action e.g. while bending the elbow (biceps), the triceps relaxes to facilitate movement). 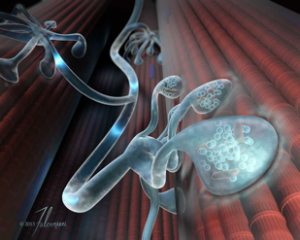 There will also be a decrease of the muscle fiber’s level of sensitivity, which means that they need smaller nerve impulses to be enabled which brings the athlete to recruit more muscle fibers, faster. Looking at the charts below we see that these are the main reasons why beginners see strength gains within the first 8 weeks of training (before the dotted line).

We can also notice that by using charges corresponding to 85% of our 1RM and more and/or doing plyometrics, we focus on nerve dominance (increasing total strength gains). Therefore, if we minimize hypertrophy, e.g. for weight category sports (judo, boxing, etc.), we can reach similar strength levels, mostly because of these neural adaptations.

What must be remembered is that to improve functional gains, you can play on two factors. We know that force = mass*acceleration (second law of Newton). So we can start by playing on the mass factor using by heavy loads and then playing on the acceleration factor by doing exercises at high speeds but with smaller loads (plyometrics). The Westside Barbell workout system in powerlifting uses the two factors very well to maximize gains in muscular strength.

A structural gain comes from the hypertrophy (strengthening of muscles, tendons, and bones) and increased glycogen storage in muscles. It is the most visible adaptation and bodybuilders love it.

It should be noted that the brain does not use all the muscular fibers of a muscle. It maintains a certain reserve, because if every fiber was contracted (100%), there would be a chance that the tendon is unable to support it. There is thus a maximum of 70-80% of the fibers of a muscle that can be used in normal circumstances (and I’m not talking about instances of superhuman strength, such as a woman raising a car to save her child. In such a case, recruiting becomes momentarily much bigger).

For example, a beginner can start training  with a 30% use of his muscular fibers and slowly progress to 70-80% in recruitment. Subsequently, to increase the strength, muscle hypertrophy will be needed while maintaining the nervous system efficient. 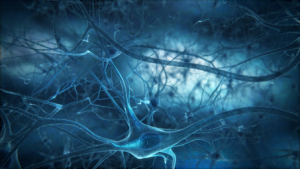 It is also important to mention that a large muscle is not necessarily a strong muscle, but it has the potential. Imagine that your muscle is a factory. The bigger the factory and the more workers it employs, the bigger the potential for production. On the other hand, if the company is misdirected or the employees are lazy, the actual production will be rather low.

It’s exactly the same for strength; a large muscle shows potential strenght, but if the nervous system is not effective, the performance will not be there. We can increase our strength through structural training, but we will have to include functional work as well (plyometrics + force 1-5 MR) to learn using our potential.